The Tribunal is currently chaired by the Honourable Martine St-Louis, a judge of Federal Court. She was appointed Chairperson on December 21, 2016 for a term of five years. The Honorable Peter B. Annis, judge of the Federal Court, is the other member of the Tribunal. 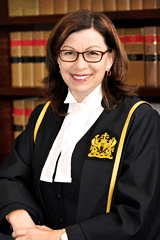 She obtained a Bachelor of Laws from the University of Montreal in 1987 and was admitted to the Barreau du Quebec in 1988. She practised with Ogilvy Renault (Norton Rose) from 1991 to 2000, with Heenan Blaikie from 2000 to 2001 and with McCarthy Tétrault from 2001 to April 2014. Her main areas of practice were immigration law, administration law, labour law and constitutional law. 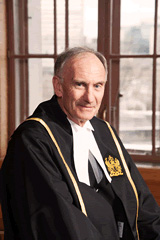 The Honourable Peter B. Annis

Mr. Justice Annis was appointed to the Ontario Superior Court of Justice in 2010. Prior to that appointment, he was a mediator and arbitrator from 2006 to 2010. He was a partner with Vincent Dagenais Gibson LLP from 2002 to 2005, an associate and partner with Borden Ladner Gervais LLP from 1987 to 2001, and a partner with Honeywell, Wotherspoon from 1985 to 1986. He was the founding director of the Centre for Legal Translation and Documentation at the University of Ottawa and a legal officer at the Department of Justice Canada from 1972 to 1981. His main areas of practice were civil litigation, administrative law, labour and employment law, mediation and arbitration, and Aboriginal law.

He was a trustee of the Carleton County Law Association from 2005 to 2008. He was a member of l'Association des juristes d'expression française de l'Ontario, and its president from 2000 to 2002. He was also a member of the Advocates Society, the Ontario Bar Association, the Arbitration and Mediation Institute of Ontario, and the Human Resources Professional Association, Ottawa chapter. 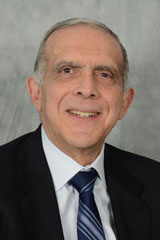 On June 7, 2017, Justice Marrocco was appointed as a Member of the Public Servants Disclosure Protection Tribunal.

The PDF documents available on this site can be viewed or printed offline using Acrobat Reader ©. If you do not have this software, you can download it free from the Adobe Web site. The Adobe Acrobat Web site contains instructions on configuring your browser to work with the Acrobat reader, and for support and update information.